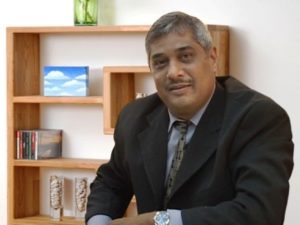 Georgetown, GRA, Wednesday, May 27, 2020: Management and staff of the Guyana Revenue Authority (GRA) are deeply saddened by the news of the passing of former Commissioner-General Mr. Khurshid Sattaur on Tuesday, May 26, 2020.

The Revenue Authority uses this opportunity to express its condolences to the relatives, friends and colleagues of Mr. Sattaur, many of whom would have worked closely with him during his tenure in the then Inland Revenue Department where he joined the department in early 1984 as a Senior Inspector of Taxes after being successful at his ACCA studies in the United Kingdom, and the subsequent Guyana Revenue Authority where he served in various senior positions, and his eventual promotion to Commissioner-General.

Mr. Sattaur, a Chartered Accountant and Auditor, made a sterling contribution to tax administration in Guyana, and to the process of reforming the semi-autonomous organisation into a premier tax collection body.

Mr. Sattaur played an instrumental role in the GRA adopting the Total Revenue Integrated Processing System (TRIPS) Information Technology (IT) infrastructure, and was at the helm of the Authority when the Value Added Tax (VAT) regime was introduced to Guyana in 2007, and later in 2012 when its operations were consolidated and its services moved to the new head office on Camp Street in 2012.

Mr. Sattaur served in his capacity as Commissioner-General of the GRA from 2003 to 2016. He will be missed.

Any cookies that may not be particularly necessary for the website to function and is used specifically to collect user personal data via analytics, ads, other embedded contents are termed as non-necessary cookies. It is mandatory to procure user consent prior to running these cookies on your website.

Click on the start guide button to get a quick tour of how to use our new website!